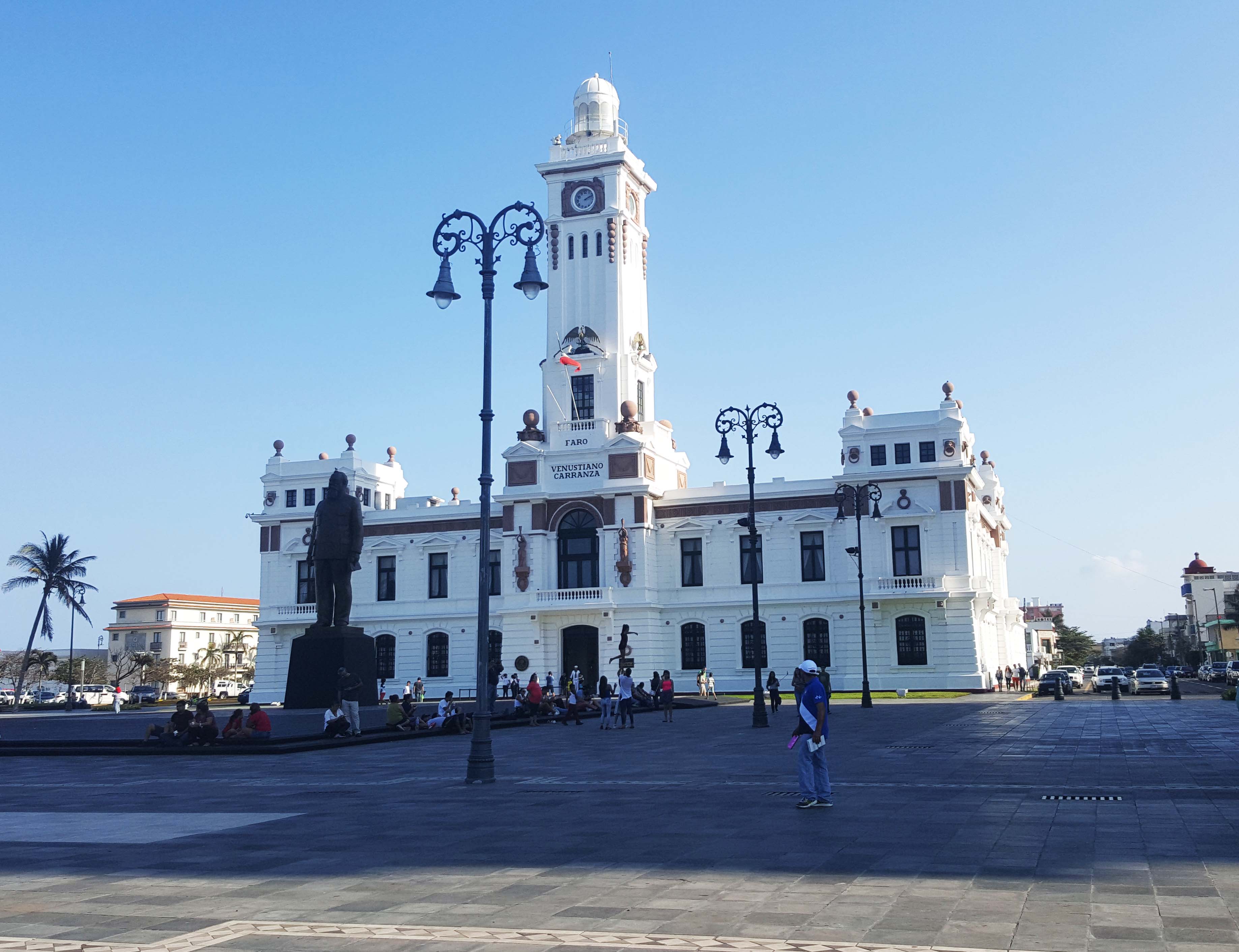 Veracruz is a major port city on the Gulf of Mexico, and it is next to the sea, so we decided to stay there for 3 days for our New Year Eve, and a day for a quick rest stop on our return trip to Mexico City. From what we experienced, Veracruz is a tourist destination for the locals.

Hotel Porto Novo (Bad): They had fault advertisement that they provided private parking, but it turned out to be public parking. They refuse to give us a refund. It was extremely important to have private parking to safeguard our belongings in the van, as we lived out life out of our luggage. We always looked for hotels only with private parking. After a very time consuming inefficient bargain, given the use of Google Translator from English to Spanish, they decided to let us stay at their love hotel, which certainly provided private parking. Well…it sounded so exciting to spend our precious New Year Eve there…We believed we would never forget about our last few days on 2016 with green lights, fish tank, cigarettes smell, no windows paying ridiculously high price 1000 pesos/night even we had a King size bed…

Castelo Hotel (Good): It is close to the hotel strip by the sea, and it is a 5-star hotel with just 980 pesos a night during the non-peak season. We were in the top floor room and we could see the sea out of our window. Liverpool mall was just right across the street. Somehow I felt like I was a Princess in the castle lol

Things to Do in Veracruz

Zocalo: We walked around 20 minutes along Playa Regatas from Hotel Porto Novo to Zocalo, the center of Veracruz. It was crowded with people, artists, and street performers on Dec 30, and we dined in Flamingos Bar and Fusion Grill, and the food there was great and priced reasonably.

We would like to go back to that same restaurant the following day to celebrate New Year Eve, but unfortunately, that restaurant closed around 8 pm on Dec 31. I would guess it the staff went home for family dinner (Mexican dinner time is 9 pm) on that important day. We ended up at another local Taco restaurant LA Gaviota to have a few shots of tequila and a few tacos to celebrate the coming of 2017.

Malecón: Malecón refers to the seafront in Spanish. We would go for a walk around 15 minutes from the Zocalo to Malecón. It was an open safe area for you to have a stop and experience the local lifestyle.

Mercado de Artesanías Miguel Alemán Valdés / Mercado de Artesanías : There were two mercados, markets, along with the Malecón. You are highly recommended to buy souvenirs there as we found out that the prices there are generally cheaper than that in other parts of Mexico.

Besides, it was a stop for tourist buses. Tourists were picked up and dropped off here and headed over to San Juan de Ulúa.

San Juan de Ulúa: It was once Spanish Empire Fortress, and later it turned into one of the most fierce prisons around 1876 to 1911. The entry fee was around 75 pesos. I would recommend you to take the tourist bus in as you would be ripped off by the taxi driver. We got the quotes of 120 pesos and 200 pesos by different taxi drivers for just the distance between the zocalo to San Juan de Ulúa.

Playa Regatas: A beach for the locals. We didn’t see any westerners there. You could give it a go if you like beach life.

An adventurer, traveller and one who wants to explore the world.