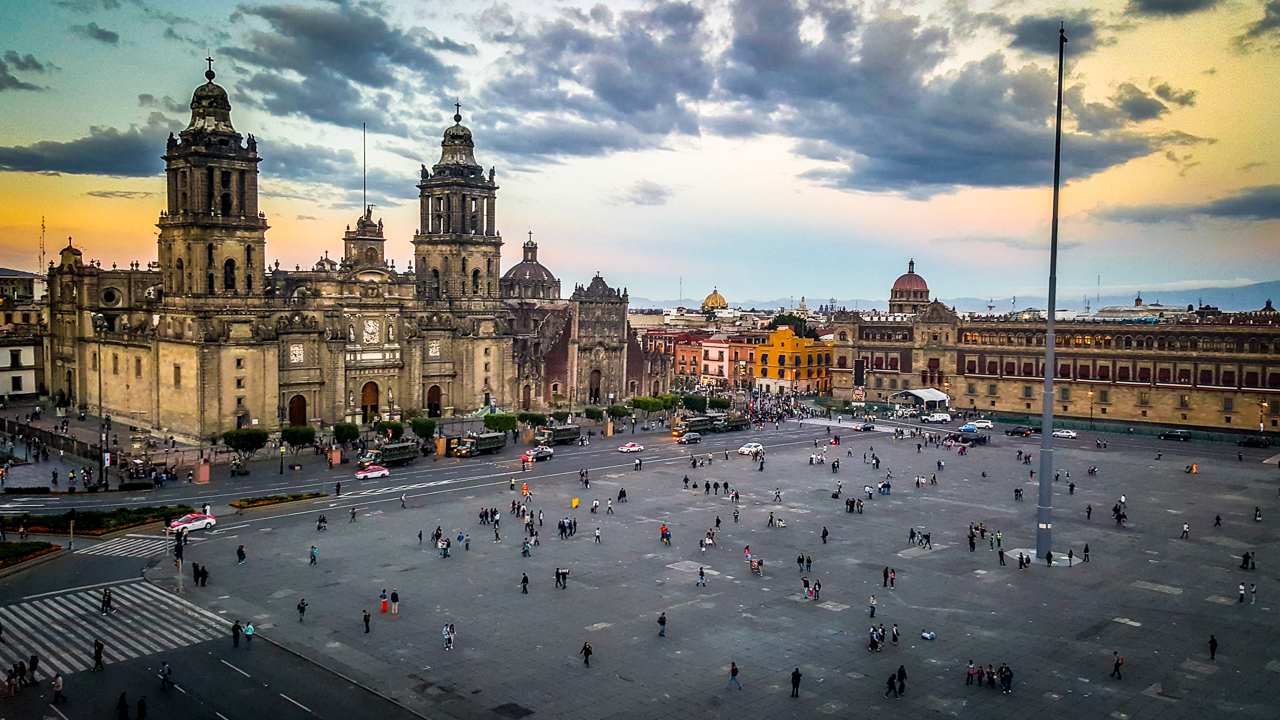 Hereby, we present you the top eight places to visit in Mexico City to experience the full diversity. We have stayed at Interlomas, La Condesa, and Coyoacan for a few months, and we went to below places for our weekend getaway.

“Zocalo” in Mexican Spanish refers to the main square. Mexico City Main Square is a mixture of modern, and ancient architectures. You can find 19-20th-century public government buildings and museums, 16th-century pre-Hispanic largest Cathedral, as well as the ruins of Tenochtitlan, and therefore there are stunning and magnificent buildings in this area for you to explore. You may dine in on the rooftop of some buildings to overlook the zocalo.

Floating Garden is the representation of the canals networks, and artificial islands built by Ancient Aztec people who replicated a habitat under unfavorable surroundings. You can get on Floating Garden canal tour either around 150 pesos/person or 350 pesos/boat to see these canals channels and artificial islands. The tour normally lasts for over an hour, so you should get some beers and snacks for the trip with your friends and family.

“Mercado” in Spanish means market. Ciudadela Market is definitely your one-stop solution to souvenirs. The market hosts over 350 vendors mainly selling all kinds of handicrafts from 22 states of Mexico. Handicrafts and folk art are important cultural heritages of Mexico. There are estimated 12 millions people, mostly women, making a living out of handicrafts. This place is a must stop for shopping.

Coyoacan is a safe, upper middle class, wonderful and lovely colonial neighborhood. There are a lot of street performances, nice restaurants and bars, handicrafts booths, snacks booths, Cathedrals, and parks. You could just sit in the park, Centenario Garden, under the sunshine surrounded by greens to watch people for a lazy, and relaxing day. We lived in Coyoacan for around two months and we certainly loved this place. Everything is within walkable distance, and you could dine out at night without any problems.

Frida Kahlo Museum is the place where Frida was brought up and died. She is a feminist, and she is one of the most influential and representative Surrealist in Mexico. She and her husband’s, Diego Rivera, representations are even on the 500-mexician pesos banknote. For sure, you would want to get to know the impact of Frida’s personal experiences on her drawings by visiting her house, closets, other paintings. To save time lining up, you might book the online ticket here in advance.

Condesa is a safe, and fashionable place for younger generations especially hippies, young businessmen, and artists. There are a lot of nice coffee shops, restaurants, and bars alongside the middle-class residences. A night-out in Condesa is no problem.

Ancient Aztec people regards Teotihuacan as the place where the gods were created. Teotihuacan was built around 1,400 years ago and occupies over 20 square km. There are four main attractions namely below.

The National Museum of Anthropology hosts one of the world’s largest collections of different cultures including Teotihuacan, Toltec, Aztec, Mixtec, Zapotec, Olmec, and Maya. If you are fond of History, this is definitely a good place to explore.

An adventurer, traveller and one who wants to explore the world.