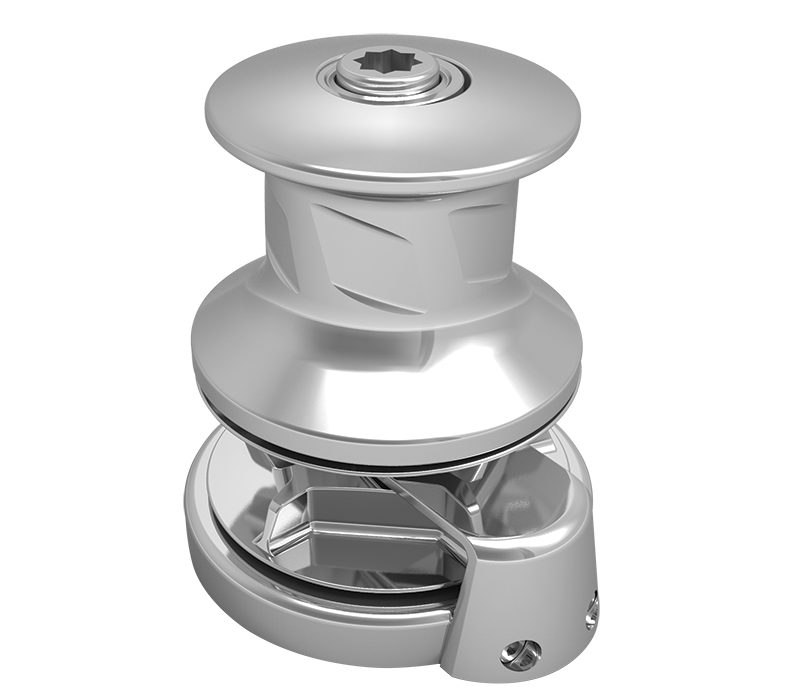 It all began in March of 2020. With the Covid pandemic becoming more prominent and no one knowing what will actually happen, it was important for us to ensure all parts of the boat were present so we didn’t run into any delays or shipping problems. The windlass on #INDININI was spec’d to be a Lofrans SX3. The SX3 is a small foot print windlass and seems to be a relatively newer model. It would really require some work if we were to make the necessary changes to accommodate a windlass with a larger foot print given that the hull welding was complete, the area was defined and the chain locker lid done.

Our boat consultant lead us to believe that the completion of the boat would be done in the July/August 2020 timeframe so it was time to order. We contacted the local distributor of Lofrans windlass’ here in Turkey. They said there would be a delay on receiving the windlass from Italy until September 2020. At the time this seemed like such a long way off and given our unrealistic schedule for completion waiting until September was not an option. Looking back now more than a year later and still without the boat done and no windlass, September 2020 would have been great.

We searched online for an alternate location to buy. An online store in Germany called MARITIMUS www.maritimusboote.de. We contacted them and asked if they had the windlass in stock. http://www.maritimusboote.de/epages/289397.sf/de_DE/?ObjectPath=/Shops/289397/Products/636288 They said yes. The invoice was paid and the wait began. Maritimus didn’t actually have the windlass in stock. A month goes by and no windlass, calls and emails to them went into a black hole. There were about 2 initial responses and then after that nothing. With a price tag of 1800 eur it was not an easy option to let it go.

What steps to take?

The first step was to check the google reviews. Well actually this should have happened before payment but life is about learning. It was clear that this company was not known for its customer service. The reviews had numerous reviews stating that customers had problems, they were out money, they were taking legal action. So after confirming that Maritimus was on the shady side, first step was to contact HSBC where the payment was sent from. Our HSBC representative did a great job following their procedure. They contacted the recipient bank in Germany, that bank then contacted the vendor. Vendor said they had shipped the windlass. WHAT? I responded by asking for shipping and tracking details. Of course none were supplied and this is about where the banks responsibility ended. It is always interesting how people do a little bit to feel like they have done their part and expel any guilt they might have from not doing anything at all, but it certainly wasn’t enough to solve the problem in getting our money back or windlass.

Second step was to see what could be done against this company in German. We came across this website https://www.onlinewache.polizei.niedersachsen.de/ which would allow us to file a police report against Maritimus. Great we thought let’s get started! Unfortunately there were some technical issues with the site and we were not able to follow through with the report solely online. We called a very good friend in Switzerland and he said he would help. It should have never reached this stage but great. He called the police, filled out the necessary forms, we answered a few questions, police responded, we answered a few more questions and then we waited. From the initial payment in March, 8 months later in November we finally had the money returned. What an experience. You hear stories about dodgy website but never think it’s going to happen to you. So onto the next step, let’s order the windlass again.

Third step was to order the windlass again. With our semi projected boat deadline well past and not really sure when we would be done, we placed another order for the windlass from a trusted Turkish vendor who ordered through the Lofrans distributor for Turkey which is Carkci www.carkci.com.tr. A EUR1000 deposit payment was made in November 2020. Carkci said there was an order from Italy being made and to expect the windlass end of the year or early January 2021. Christmas passes and no Lofrans present. The new year begins and no Lofrans windlass. We ask the vendor whom we purchased from, he contacts Carkci who said the windlass didn’t come but will place another order for it. Given that we were still not done the boat and there was still some time the urgency indicator was still in the green zone. Let’s wait some more.

Each month we ask and each month there are excuses. Turkey is not a place where things run efficiently. Its not a place where you can get straight answers, definitely not a place where you want to import goods to, and in some cases its not the place where business is done honestly. The local vendor asked Carkci if there were any other vendors in Turkey that had the windlass in stock. The answer was yes but the vendor which had it, wanted double the price. Really??? So we continue to ask our vendor and Carkci without any luck. Our vendor which we paid started calling Lofrans directly but surprise, its summer and they are on holidays. Yes summer, July/Aug. We have been at this order for more than a year and what should popup on Instagram but a post from Lofrans… https://www.instagram.com/p/CTjz9q5q6HK/?utm_source=ig_web_copy_link

How is that for ironic. They get commended on being able to supply during the Covid pandemic and we were still waiting mid September. After more calls and emails we finally received a message stating that the production of the windlass was complete and shipping taking place end of September. Lets see!

Well it finally happened. In November 2021, 20 months after the first order we received the windlass. A couple days to make adjustments for correct fitting and powering her up, we have a working windlass! YAY.

Since #INDININI has no diesel engine to generate power, we work only on electricity stored in our LifePo4 battery bank which is charged by solar. Normally before pulling the anchor up, a sailboat would start the motor to make the necessary power for the windlass since the windlass can be classified as an item that can use considerable power. This was always a concern however after testing we found that bringing up all 200m of chain did not prove to be any problem. There was more than sufficient amperage for the windlass and very little change in battery voltage after being on long enough to pull in all the chain.